It was the last day of Summer Scholars. We were at the barbeque by the pool, burgers and hotdogs were sizzling on the grill, students were dipping their feet in the water and splashing each other, friends were promising to keep in touch. I remember sitting under a tree, watching all of this, and thinking, “This place feels like home.”

To those of you from Pennsylvania, that may not seem to be much of a revelation, but I’m from Arizona, the land of cacti and endless sky. This scene looked nothing like the home I’d left behind for a week and a half. But, strange as this statement was, it was true. I felt more at home at Templeton than I ever could have expected when I’d arrived. 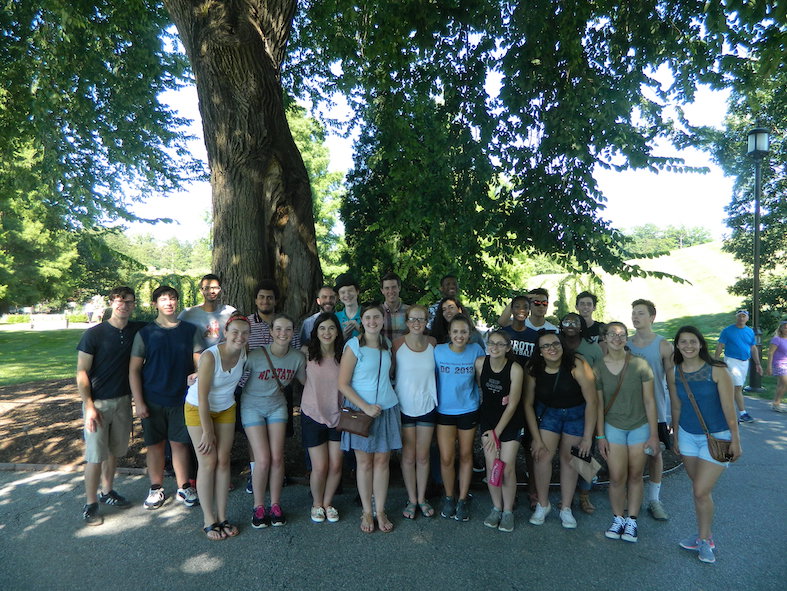 Only a week and a half earlier, I’d gotten off the plane and stepped into this strange bubble of reading, writing, and incredible connections. Over that week and a half, I learned so much. The program certainly challenged me— we had several hours of class time each day in addition to papers and readings— but it never felt overwhelming. The professors helped a lot with that; they made time to meet with us and gave us feedback on every essay we wrote, and if the professors couldn’t help, the teaching assistants could. Some of those students who were TA’s that year are my friends in the college now. Before Summer Scholars, I don’t think I would have believed how close you can become with people in a week. The program helps foster relationships between students to exemplify the closeness they’ll experience in their cohorts, in the college as a whole, and with their professors if they do decide to commit to Templeton.

My first Summer Scholars experience took place the summer before my junior year of high school, where we studied Tolkien’s The Lord of the Rings. But that wasn’t my only week at Summer Scholars; I returned the next summer to study several of the works of C. S. Lewis. And then came my senior year, and I had to start making some hard decisions about college. As I was applying to schools all over the country, I couldn’t help but think about that day at the barbeque: I felt like I had belonged there. That thought had stuck with me for two years, and it tugged at me as I navigated the messy straits of financial aid, scholarships, majors offered, and so much more. I couldn’t ignore it; eventually, I followed it home.

The undergraduate experience is very like the Summer Scholars experience. The connections are the same; you become incredibly close with your cohort, especially after the escapades of the freshman year camping trip. The professors are the same— still brilliant and quirky and devoted to their students. And the work is the same. You will still be challenged, and yet you will still be inspired by it. If you want to know what Templeton is like, doing Summer Scholars is a great place to start. It might be the beginning of something so much bigger.

This article was originally published on our archived website in 2019.