Q: Briefly describe your daily routine in your new location. 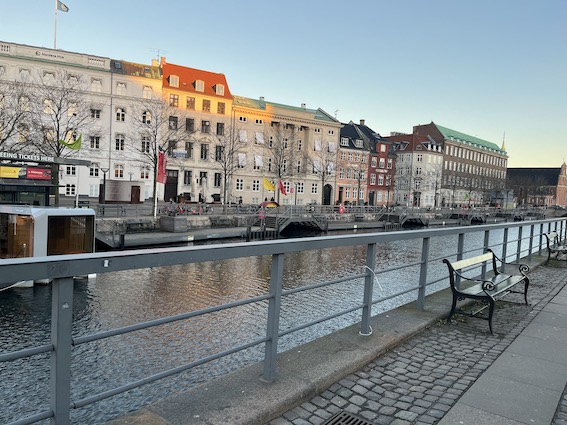 Thankfully, now that it’s February, I no longer have to wake up in the dark. When I first arrived in Copenhagen in mid-January, the sun didn’t rise until 8:30am. And when you have a class that starts at 8:30am, you can imagine how difficult it is to drag yourself out of bed each morning.

Anyway, the first thing I do each day is go to classes, and if I have breaks in between, I’ll sit in a cafe and drink a delicious (overpriced) latte (Copenhagen is ridiculously expensive!) or head to the library for some studying. After classes, I’ll work on homework back in my apartment and cook dinner. I live with ten other people in an apartment in central Copenhagen, which is so much fun, although it can get a bit chaotic in the kitchen between the hours of 5:00 and 7:30pm! On Mondays, I attend a Christian college student group for Danish and international students. I’m usually the only international student there, but it’s been such a great way to meet and interact with other Danes!

Q: Have you tried any unique cultural experiences?

I have what’s called a “visiting host family,” a Danish family I connect with on a regular basis. They have two children: a fourteen year old daughter, Nikoline, and a ten year old son, Hannibal. I don’t live with them, but we see each other about once every two weeks. The first time we met, I went over to their home for dinner, and they cooked me a traditional Danish meal. There are twenty million pigs in Denmark and only six million people, so pork is featured in practically every traditional dish. The second time, we did some sightseeing around Copenhagen and went to the planetarium (If you’ve taken Cosmo, you’ll hopefully remember Tycho Brahe!).

Q: Have you tried any new foods that stand out? What have been your favorites?

Something you should know is that Danish people LOVE candy, and they especially love black salted licorice. Unfortunately, I can’t say the same for myself, although I did try it! But one of my favorite foods I tried at an indoor market was a fried fish cake on rye bread, topped with pickled onions and an incredible sauce.

Because Copenhagen is so expensive, I do a lot of cooking at home in the apartment. It’s forced me to expand my previously very limited cooking skills! It’s also very common in Europe to go grocery shopping every two or three days, both because the produce is so fresh and because you can only take home what you can carry.

Q: Have you noticed things in your new location that are different from the US? Things that are the same?

Danish people are often described as difficult to get to know and rude. While it’s somewhat true that they tend to stick to their own circles, I think Danish people are just shy! They’re quite friendly once you get them to open up. Many people compare them to coconuts—tough to crack on the outside, but soft and sweet on the inside.

Another difference? Americans will strike up a conversation with anyone, at any time. But in Denmark, chatting up a stranger on public transportation is something you should never do. Danish people tend to keep to themselves and consider it extremely odd (and even rude) for a stranger to ask how they are, because the stranger doesn’t really care about them.

People are also very rule-following. Want to immediately out yourself as a foreigner? Jaywalking will do the trick. Everyone waits patiently for the little green man before walking across the street, even if there are no cars or bikes to be seen. It’s been a true test in patience! And because of the social welfare state, there’s a high level of trust between the people and the government, and from person to person. There’s a strong sense of communal mentality—always prioritizing what’s best for the group rather than the individual—that is very different from the American mentality of individualism.

Q: What has surprised you most about living abroad? 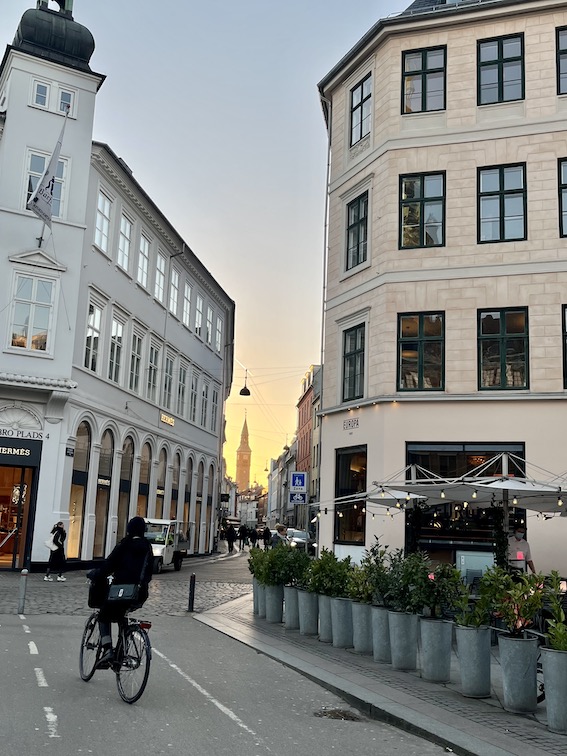 Scandinavia in general is very focused on living sustainably, which, growing up partially in the South, I never did back home. In our apartment we have a compost bin and at least four different kinds of recycling bins. Practically every store charges you for a plastic bag, so I’ve learned to always carry a tote bag with me. And although I haven’t tried biking yet, Copenhagen is biggest biking city in the world, and has fantastic biking infrastructure. You should see the streets during rush hour—it’s really quite amazing. Cars are taxed over 200%, so most people walk or bike to wherever they need to go.

I would highly recommend studying abroad in Copenhagen. It’s small enough to where you don’t feel overwhelmed, like you might in New York City or Philadelphia, but not too small to where you’ve exhausted everything there is to do. And even though it’s grey and cloudy most of the time, often accompanied by a light drizzle of rain, there’s always a cozy cafe or bakery to take shelter in!