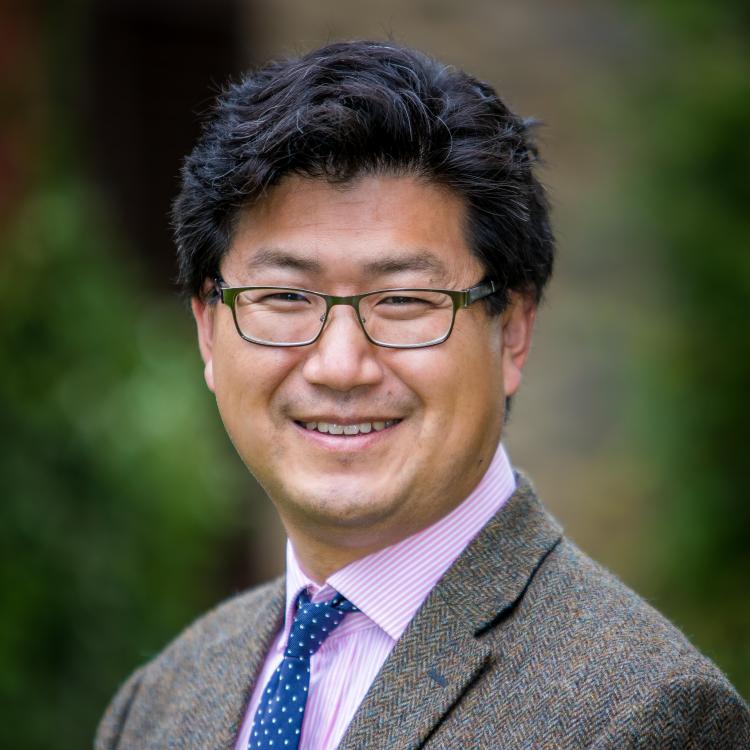 Dr. Michael Lee is an associate professor in the history department and offers courses on early American history.  In the Templeton Honors College, he co-teaches Western Civilization 3: Modernity. Dr. Lee grew up in Maryland and attended Yale University for his undergraduate education. While there, he developed an interest in European intellectual history. After college, Dr. Lee was awarded the DeWitt-Wallace Fellowship which allowed him to teach European History at the Concord Academy (Concord, MA). After teaching for two years, he attended Gordon-Conwell Theological Seminary (South Hamilton, MA), where he earned a MA in Church History. He then went to graduate school at the University of Notre Dame (South Bend, IN) where he earned a Ph.D. in history. He has been teaching at Eastern University since 2010.

Dr. Lee is an intellectual historian, with a particular focus on the development of religion and theology in Europe and America during the early modern era. He has authored The Erosion of Biblical Certainty: Battles over Authority and Interpretation in America (Palgrave Macmillan, 2013) and his articles have been published in The New England Quarterly and The History of Education Quarterly. He is currently working on a book on the history of theodicy (or the history of the problem of evil). When he is not at work or spending time with this family, Dr. Lee likes to bicycle through the wooded trails and roads of Pennsylvania.

This course investigates how the Christian Medieval and Renaissance world was received, transformed, and in some cases, dismantled in the Modern era. It seeks to help students understand the modern era and its distinct theories of society. It will explore the evolution and development of “modernity” both as an idea and, perhaps more importantly, as a set of institutional transformations.  Changes in our understanding of the major spheres of human activity—political, economic, cultural, and religious—have revolutionized how human beings experience the world and their place in it. Along with great texts, this course will incorporate the empirical and theoretical methods of classical sociology, which take a macro-historical approach to making sense of modern times. It examines the main social and cultural themes of modernity including rationality, the division of labor, pluralization, and secularization.  Modernity’s legitimating ideologies of emancipation and progress will be examined through some of its key institutional carriers: industrial capitalism, democracy, religion, and the modern self. In all this, we will keep an eye towards the unintended consequences of these changes and the implicit normative visions embedded within them.  We will interrogate modernity’s powerful ability to mask its own pathologies so that these changes are experienced as normal.