Attire for all attendees is business casual / holiday-smart.

The Lessons & Carols Service is a required component of the Templeton Honors College curriculum and thus attendance is mandatory for all current scholars. Friends and family are welcome to attend the service at St. Martin's.

For more information on the history of the festival and a gallery from last year's event, see below. With any questions, please contact the Honors College office at thc@eastern.edu. 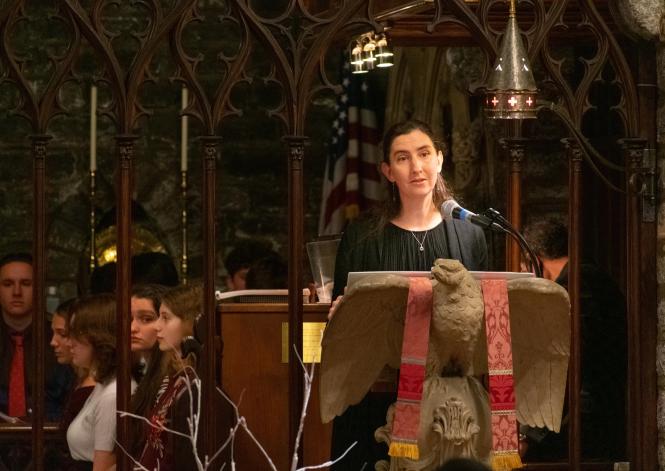 The Tradition of the Festival

The Festival of Nine Lessons and Carols was first held on Christmas Eve 1918.

It was planned by Eric Milner-White, who, at the age of thirty-four, had just been appointed Dean of King’s College, Cambridge. A former army chaplain, he was convinced that the Church of England needed more imaginative worship. He devised the College’s Advent Carol Service in 1934, and was a liturgical pioneer and authority during his twenty-two years as Dean of York. The music at the first service was directed by Arthur Henry Mann, Organist 1876–1929.  The choir included sixteen trebles, as laid down in King Henry VI’s statutes, but until 1927 the men’s voices were provided partly by Choral Scholars and partly by older Lay Clerks, and not, as now, by numerous undergraduates.

A revision of the Order of Service was made in 1919, involving rearrangement of the lessons, and from that date the service has always begun with the hymn ‘Once in Royal David’s City’. In almost every year the choice of carols has varied, and some new ones have been introduced by successive Organists. The backbone of the service, the lessons and the prayers, has remained virtually unchanged. The original service was, in fact, adapted from an 1880 Christmas Eve Order of Service drawn up by E. W. Benson, later Archbishop of Canterbury, for use in a wooden shed that served as his cathedral in Truro, England. Benson’s son recalled: ‘My father arranged from ancient sources a little service for Christmas Eve – nine carols and nine tiny lessons, which were read by various officers of the Church, beginning with a chorister, and ending, through the different grades, with the Bishop.’

In 1928, the BBC began broadcasting the service, as it continues to do today on radio and television, reaching millions of listeners worldwide. Recordings of carols by Decca and EMI only served to spread its fame. In these and other ways the service has become public property and a cherished Christmas tradition in England and abroad.

Wherever the service is heard and however it is adapted, whether the music is provided by choir or congregation, the pattern and strength of the service, as Dean Milner-White pointed out, derive from the lessons: ‘The main theme is the development of the loving purposes of God’ seen ‘through the windows and the words of the Bible’.  Many of those who took part in the first service (1918) would have recalled those killed in the Great War when they heard the now famous line ’let us remember before God all those who rejoice with us, but on another shore and in a greater light’. The centre of the service is still found by those who ‘go in heart and mind’ and who consent to follow where the story leads.

In the Templeton Honors College, we are privileged every year to step into this rich and storied tradition and together participate in this Christmas service of Lessons and Carols. 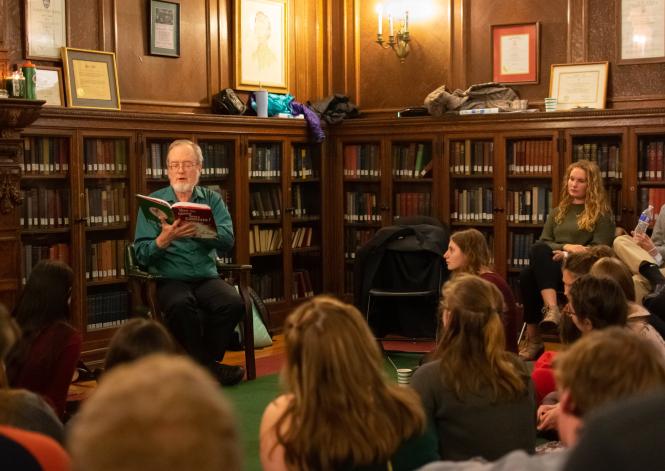 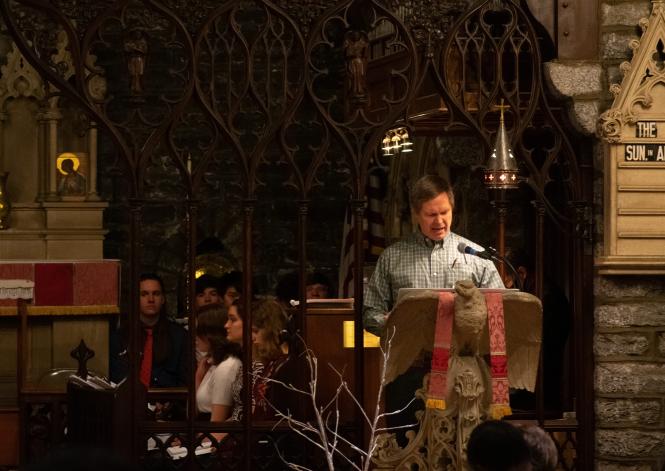 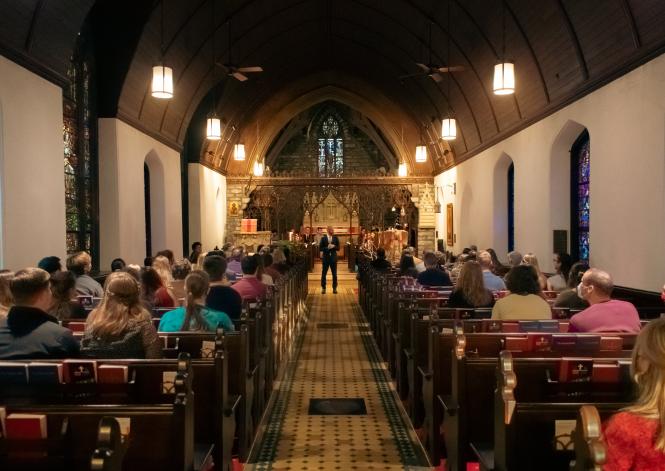 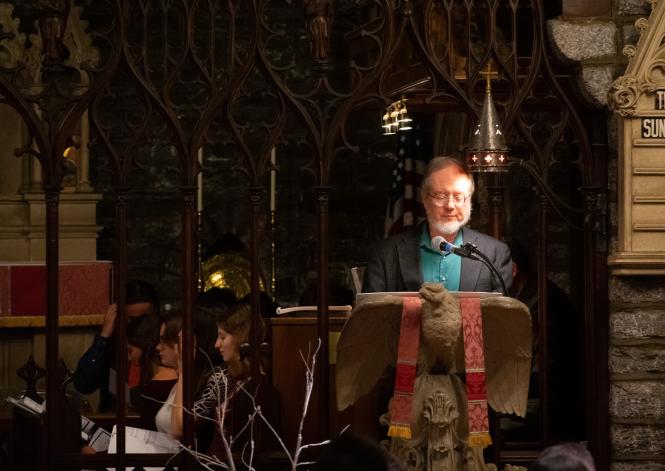 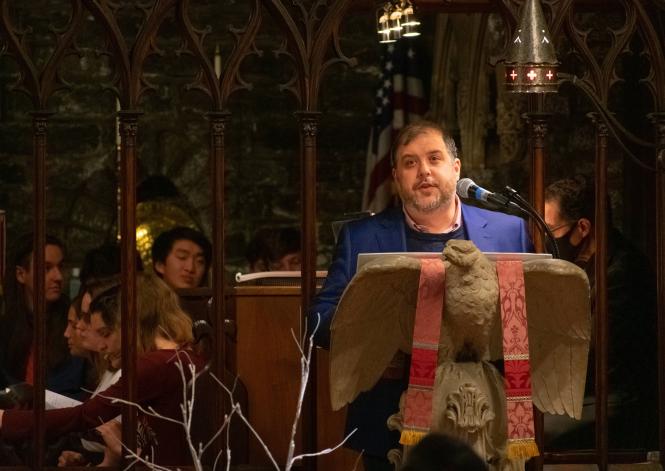